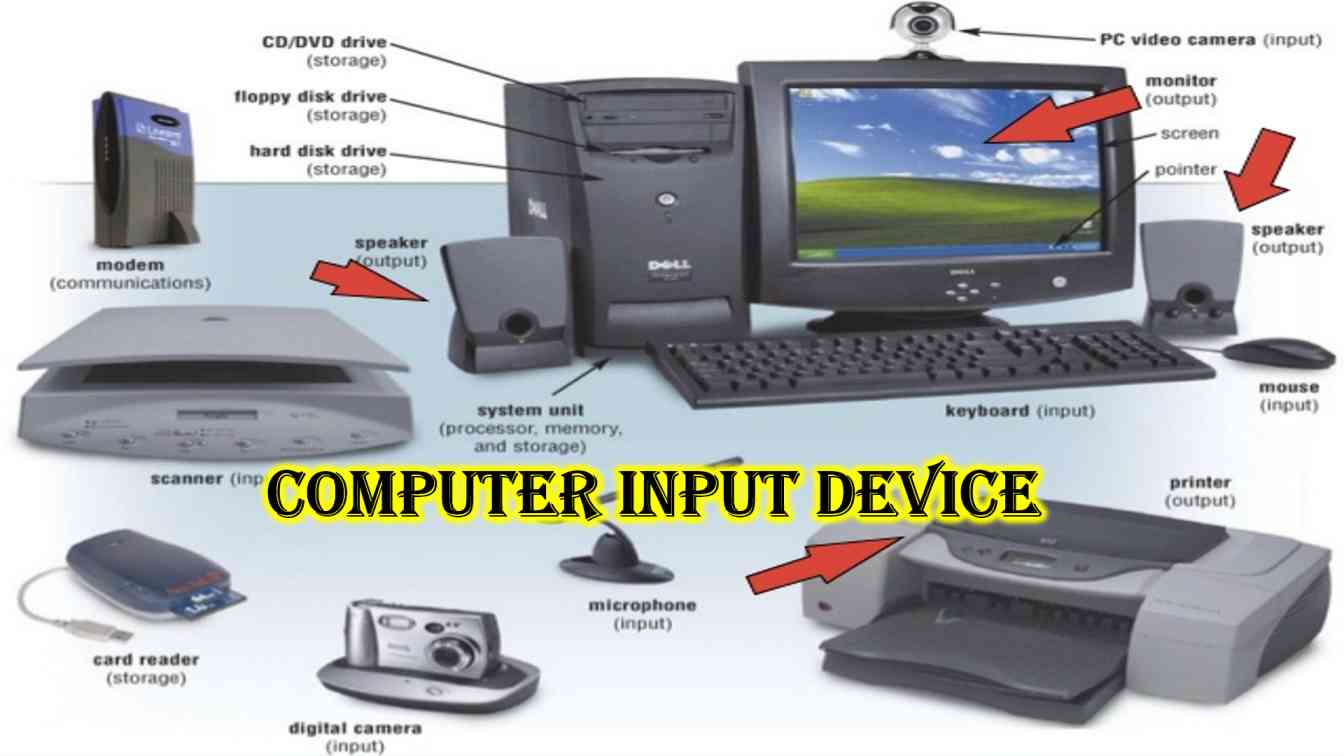 here we provide a Computer input device pdf which helps to your all competitive exam.

The keyboard is the most common and very popular input device that helps a computer to input data. The layout of the keyboard is similar to that of a traditional typewriter, although some additional keys have been provided to perform additional tasks.

o The mouse is the most popular pointing device.
o It is a very well-known cursor-control device, based on which is a small palm-shaped box with a round ball.
o which senses the movement of the mouse and sends the corresponding signal to the CPU when the mouse is pressed.
Generally, it consists of two buttons called the left and right buttons and a wheel is present between the buttons.
o A mouse can be used to control the position of the cursor on the screen, but it cannot be used to enter text in a computer.

o The joystick is also a pointing device, which is used to move the cursor position on the monitor screen.
o It is a rod with a circular ball at both the lower and upper ends.
o The lower spherical ball runs in a socket.
o The joystick can be moved in all four directions.

The function of a joystick is similar to a mouse. It is mainly used in Computer-Aided Designing (CAD) and playing computer games.

o A light pen is a pointing device just like a pen.
o It is used to select a displayed menu item or to draw a picture on the monitor screen.
o It consists of a photocell and an optical system placed in a small tube.
o When the tip of the light pen is moved to the monitor screen and the pen button is pressed.
o Its photocell sensing element detects the screen location and sends the corresponding signal to the CPU.

O Trackball is an input device that is mostly used in notebook or laptop computers instead of a mouse.
o It is a ball that is half-inserted and by moving the fingers on the ball, the pointer can be moved.
o Since the entire instrument has not been moved, a trackball requires less space than a mouse.
o A trackball comes in different sizes such as a ball, button or square.

o A scanner is an input device that acts like a photocopy machine.
o It is used when some information is available on paper and has to be transferred to a computer hard disk for further manipulation.
o The scanner captures images from a source that are then converted into a digital form that can be stored on disk.
o These images can be edited before printing.

o The digitizer is an input device that converts analog information into digital form.
o A digitizer can convert a signal from a television or camera into a series of numbers that can be stored on a computer.
o They can be used by computers to photograph whatever was indicated by the camera.
o The digitizer is also known as a tablet or graphics tablet because it converts graphics and graphical data into binary inputs.
O A graphic tablet as a digitizer is used for the fine work of drawing and image manipulation applications.

o A microphone is an input device that inputs sound that is then stored in digital form.
o Microphones are used for various applications such as adding sound to a multimedia presentation or mixing music.

o MICR input devices are commonly used in banks as a large number of tests are done every day.
o The bank’s code number and check number are printed on a check with a special type of ink that contains particles of magnetic material that are machine-readable.
o This reading process is called Magnetic Ink Character Recognition (MICR).
o The main advantage of MICR is that it is a fast and low error.

o  Bar code reader is a device used to read barcoded data (data in the form of light and dark lines).
o Barcoded data is used for labeling of goods, number of books, etc.
o It can be a handheld scanner or embedded in a stationary