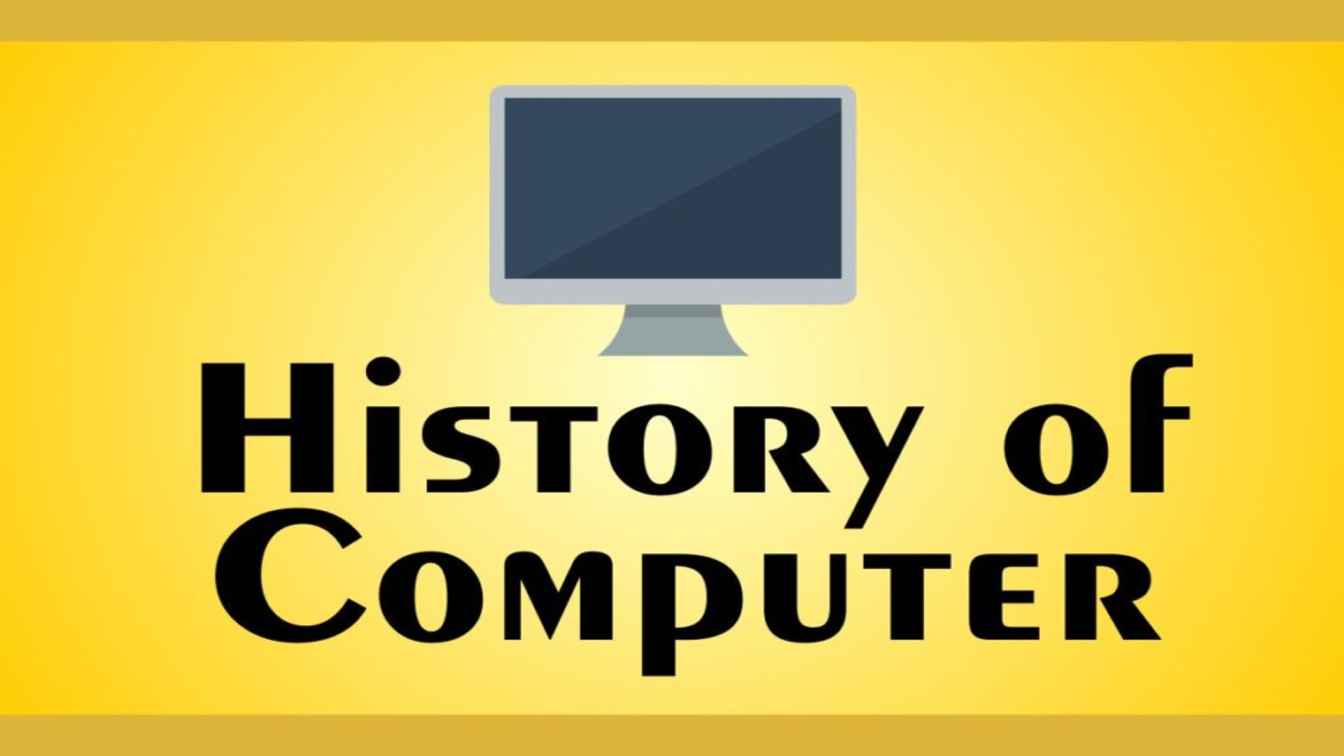 o The computer is made up of the word “Count” which means “Count”, hence it is also called a calculator or computer.

o It was invented for computation, in olden time computers were used only for calculations but nowadays it is used to make audio and video for documentaries, e-mails, listening and watching, playing games, preparing databases and Many more are to be done.

o The computer only does what we ask it to do, that is, it only follows commands that are already inserted inside the computer.

o Today you run internet on computer, play games, watch videos, listen to songs and also do many work related to office. o Today computers are being used in every region of the world whether it is education, film live or your office. Any place without a computer is incomplete. o Today with the help of computer, you can get any information of any city of the world on the Internet. It can perform live video conferencing via the Internet from its friends and relatives sitting in another country. All of this is possible because of computers. Imagine what the world would look like today if you did not have a computer? o It has been difficult for humans to calculate from the beginning. Man can calculate or calculate at a limited level without any machine. o A man has to depend on the machine to make big calculations. To fulfill this requirement, humans created computers, that is, to calculate

Abacus – 3000 years ago o Abacus was created by Chinese scientists about 3000 years ago. o In a rectangular frame, the wooden rods used wooden pellets, which were calculated by calculation or calculation below. o It was the first computer to run without electricity. Actually, it was in your hands to do this work.

Antikythera system – 2000 years ago O Antikythera was originally an astronomical calculator that was used to track solar and lunar eclipses in ancient Greece. o Antichythera tag to scientists in 1901, about 19 years old, with this ship being completely destroyed on the island of Anticheathera, scientists were decoding it and since long study. o This computer is later decoded. This machine works with the planets to show the position of the Sun and Moon in the sky. o The antikythera system garnered the credit for being the first known analog computer of the modern era, the Greek antikythera system was developed to make astronomical and mathematical figures accurate.

Pascalin – 1642 Pascalin, built after Abacus, was calculated by mathematical expert Blaise Pascal in 1642, which is calculated at a greater speed than Abacus. o It was the first mechanical calculator. This machine was called an adding machine, this add machine of Blase Pascal is also called Pascalin.

Differential Engine – 1822 o The differential engine was a machine made by Sir Charles Babbage that could make the correct calculations. o It was invented in 1822, in which punch cards were used for program storage. o It used steam, based on which today’s computers are being built, so Charles Bevage is called the father of computers.

Zus Z – 3 – 1941 The great scientist “Conrad Jusse” invented a phenomenon called “Zeus-Z3” salt which was the first electronic computer based on binary arithmetic and floating-point arithmetic.