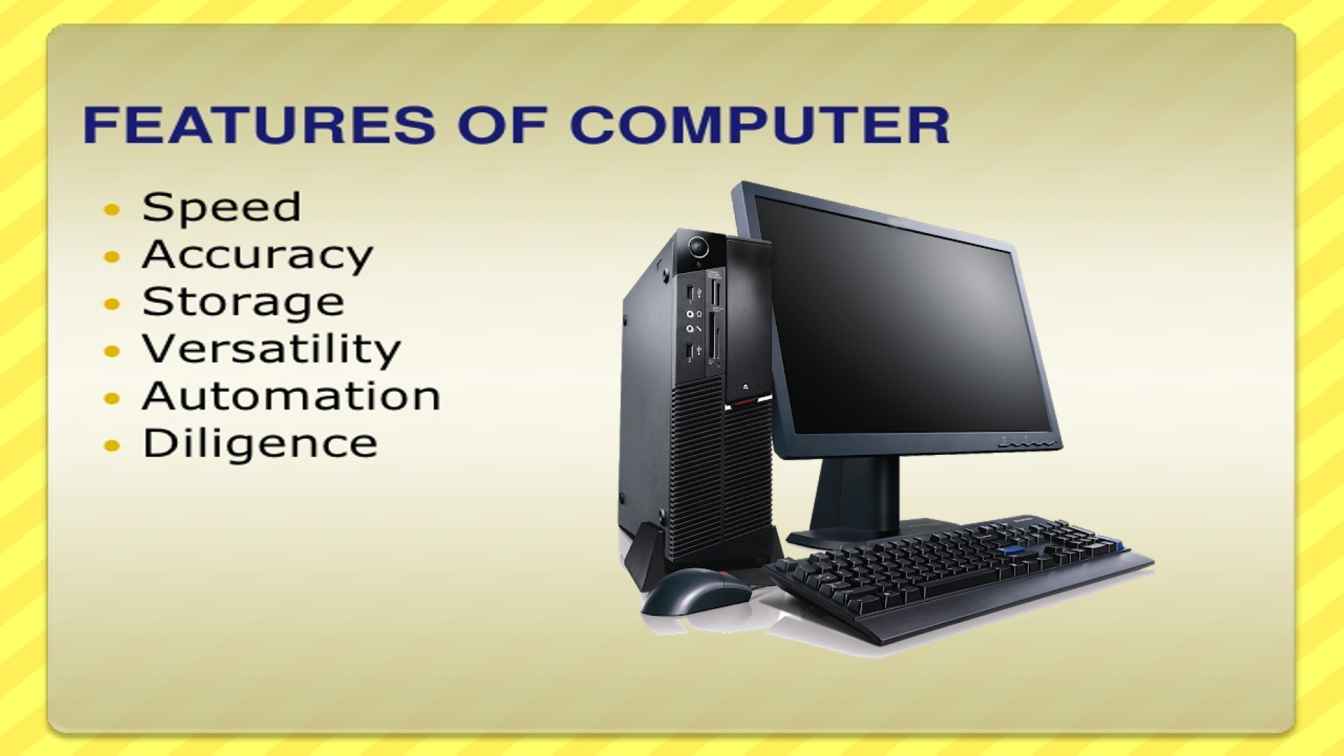 Features of a computer PDF

Here we provide some computer PDF such as features of a computer PDF Which help to your all competitive exam.

Features of a computer PDF

(i) It has great speed to execute instructions.
(ii) The computer’s CPU can perform more than 10 million operations per second.
(iii) All instructions are executed according to a clock whose frequency is measured in megahertz.
(iv) Generally, 3-4 cycles of this clock are required to execute an instruction.
(v) Recent computers have a speed of about 300 Mhz i.e. approximately one cycle x 10-9 sec. This means that it can execute an instruction in about 10 nano sec (10X 10 -8 seconds).
(vi) In other words it can execute 100 million instructions in a second. But due to slow input and output devices, the overall speed of computer performance decreases, interference is done for CPU.

(I) The speed with which computers can process large amounts of data/information, the size of the input is also such that the output is quite large.
(ii) The size of the information to be collected is further increased due to graphic applications.
(iii) All this information is to be stored in auxiliary memory i.e. the hard disk fit inside the computer.
(iv) Hard disk now has 4 GB of storage capacity.
(v) The size of internal primary memory (RAM) has also increased to about 64 MB.

(I) The accuracy of the results calculated by the computer is consistently high.
(II) The error due to digital techniques is very low.
(iii) Errors in computing can be caused by logical mistakes by programmers or due to incorrect data.

(i) The reliability of computer-processed results is very high.
(ii) If a program is executed at any time with the same set of data, the results will be the same every time.

(i) Computers are capable of performing almost as long as the task is reduced to a series of logical steps so that a suitable program in a suitable language can be fed into computer memory.
(ii) Of course, input and output devices must be capable of performing the desired function.
(iii) Due to these capabilities, many processes can be automated with the help of computers.

(i) Analysis of computer situations with the ability to make fast decisions based on the instructions given earlier.

Being a computer machine, it is devoid of human defects. It does not feel tired and bored and works with equal strength every time.